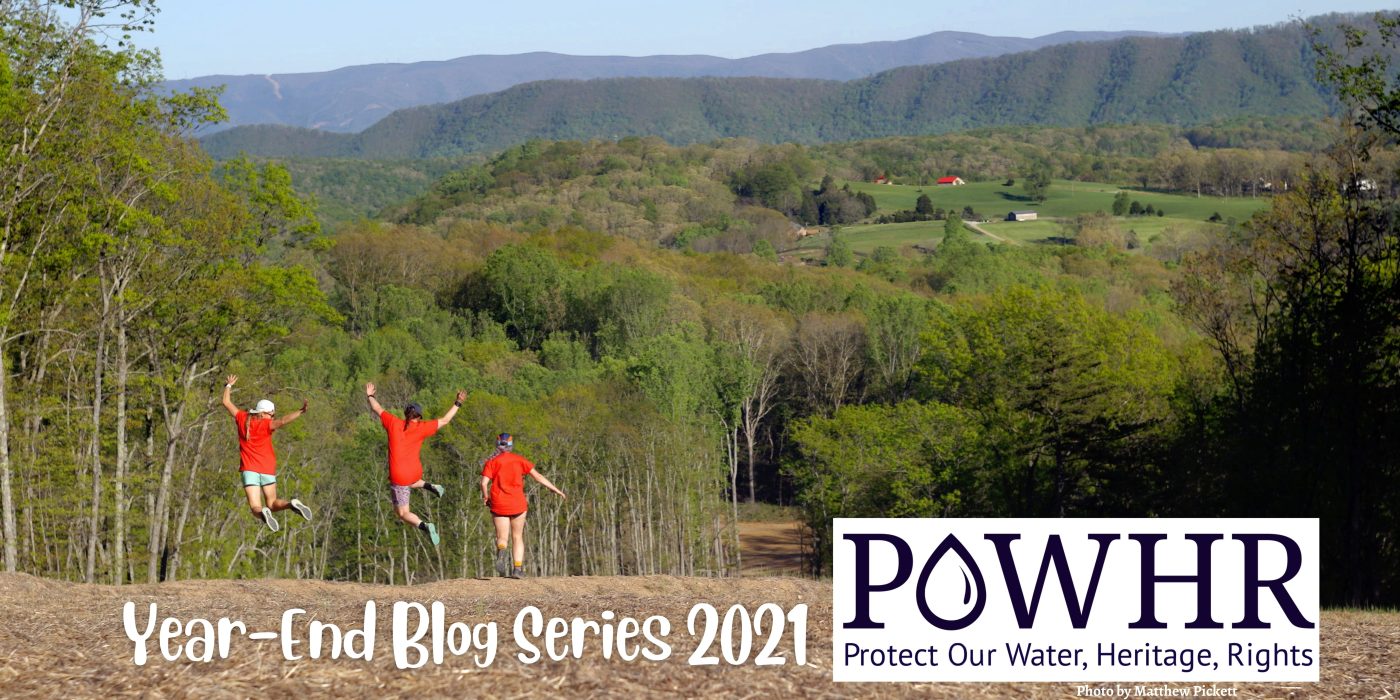 This is a guest blog by Akari Hernandez.

Climate Crisis. Code Red. State of Emergency. All of these things come to mind when I think about the Mountain Valley Pipeline.

My name is Akari. I’m a high school student in Central Virginia, and I’ve lived in Virginia for the past three years. I run Youth Against Pipelines VA, a social media account dedicated to fighting dirty fossil fuel projects. I started my page this past summer when I was brought into climate justice organizing by a friend in DC. Since then, I’ve spoken at hearings in front of the United States Army Corps of Engineers and organized to ensure that authorities hear youth voices in the permitting process for Mountain Valley Pipeline.

The fight for our climate future isn’t new to me. Adults have thrown around words like ‘climate change’ and ‘global warming’ since I was in elementary school. I can’t remember a time when the potential for a climate emergency wasn’t in the back of my mind, shelved somewhere between nuclear conflict and the sun going supernova. But the climate crisis isn’t just a possibility anymore; it’s a reality. Recent studies predict the world will hit a catastrophic level of warming by 2030 without drastic cuts in carbon emissions.

Just a few weeks ago, we watched world superpowers entertain half measures at COP26 in Glasgow while Indigenous leaders, climate organizers, and youth activists fought to be heard in the agreement. In the end, the promises made were inadequate and insufficient. I stand against Mountain Valley because new fossil fuel projects have no place in our climate future. Especially from a company with zero commitment to safety.

I think the biggest struggle for youth climate organizers anywhere in the world is being taken seriously. Most adults will applaud us when we get up on stage and promptly tune us out when we start talking. What I hope people understand is that we don’t take radical climate action lightly. We’re not calling for an end to extractive industry because we want to put people out of their jobs. We’re fighting for these radical changes now because global powers ignored our predecessors who called for change decades ago. Policies that could’ve been fossil fuel regulations in the ’90s now have to be sweeping divestments.

I want to encourage every climate-minded adult to listen to youth voices in climate. Listen to the Indigenous youth who see beyond the climate doom machine that the United States has built, who see our climate future in traditional knowledge. Listen to your local youth who might speak too quickly, or repeat their point too many times; who post about dirty energy in between their Spanish and Calculus assignments. Think twice before you dismiss us for dreaming too big. We spend every day thinking about our future. Do you?

My name is Akari Hernandez, I’m a high school student in Central Virginia. I run the Instagram account @youthagainstpipelinesva and I’m an intern with AMP Global Youth. I’m passionate about public policy, especially around climate justice, Indigenous rights, and alternatives to policing. I do choir, theater tech, and Model UN in my spare time. You can find me at @amhernandez27 on Instagram and also on Linkedin if you really want.

Action Item: I encourage everyone reading this to join POWHR and the statewide coalition led by ARTivism in Richmond on Saturday, December 11th, for the Violation Vigil. The Virginia Department of Environmental Quality is considering a 401 Water Quality Certification for the Mountain Valley Pipeline despite years of water violations caused by developers. The Violation Vigil is a huge demonstration, and we need widespread support. Help us represent the voice of the people! Registration. See you there!

Sign up for POWHR’s Newsletter. Donate to POWHR during our Annual Appeal until December 31st!