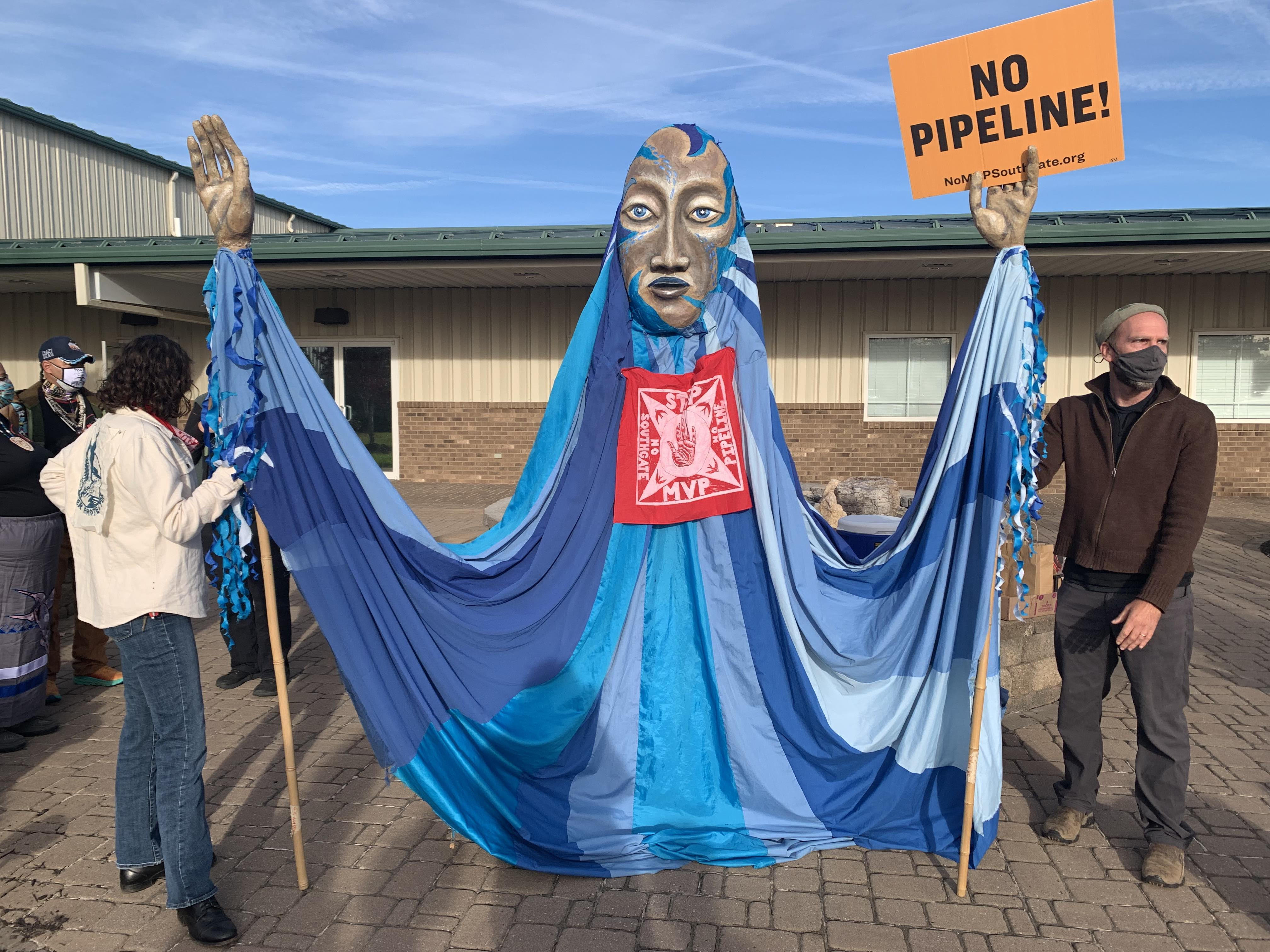 Potential for a new compressor station in Elliston, Virginia

Late last year in Pittsylvania County, the proposed Lambert compressor station connecting the Mountain Valley Pipeline to its proposed Southgate extension was defeated by an Indigenous and Black-led movement’s tenacity and the good work of a citizen board doing its duty to protect people from harmful fossil fuel infrastructure. The project to build a new compressor station was stopped because the air pollution permit the board was considering would have violated the“fair treatment” stipulation of Virginia’s Environmental Justice Act of 2020.

This year, citizen boards in Virginia were stripped of their authority to issue or deny permits, effective July 1, 2022. POWHR’s Co-Chair Russell Chisholm wrote in February 2022, “Citizen boards are a key element of democracy in the Commonwealth of Virginia… As an Army veteran and environmental justice activist, I know that participatory democracy is key to protecting the land, water, and people of this state — and of our country.” Peter Anderson of Appalachian Voices did a thorough interview with Energy News that details the impact of the change.

For several years, the Mountain Valley Pipeline has been exploring sites for compressor stations. In June 2021, the company purchased land in Elliston in Montgomery County, near an elementary school and a high school. The fracked gas pipeline runs through the purchased land. There is potential for a new compressor station in Elliston, and community members are very concerned.

Stations are powered by up to six engines which each have an exhaust pipe called a stack. The engine’s stack is a big source of pollution (see here). Wherever a compressor station is, there is an increase in air pollution in the facility’s vicinity.

Pollution is at its worst during blowdown events when gas is intentionally released from the pipeline in order to relieve pressure in the pipe or relieve a blockage. These events are often planned for maintenance or testing, but can occur accidentally. When accidental, the pressure builds and gas is vented into the atmosphere to prevent explosions (see here). In the worst cases of blowdown events, major accidents can occur. In 2019, a Michigan compressor station released a large amount of methane during a cold snap. The methane caught fire and exploded. A few months later, a compressor station in West Virginia caught fire and exploded.

Additionally, most compressor stations are powered by gas combustion engines and thus release carbon emissions into the atmosphere. They vent methane, which is at least twenty-five times more warming than carbon dioxide, and other harmful organic compounds when gas is released to relieve pressure in the system. Any part of gas production, transport, use and waste disposal processes can produce radioactive materials. These byproducts are poorly regulated, and tend to accumulate around gas compressor stations, endangering both the workers servicing the equipment and the surrounding community.

Fossil fuel companies – like many industry giants – are known for targeting communities of color and low-income, elderly populations with their projects. Irreparable harm is caused in these communities because they are seen as least likely to have the resources and time to resist. But many members of the climate movement and communities targeted by environmental injustice are intent on stopping these proposals or shutting down existing facilities.

Last year, one of the Virginian board members said of the defeated Lambert compressor station, “If the Virginia Environmental Justice Act is to mean anything, and if we as a commonwealth are going to promote environmental justice, then the time has come to reject proposals like this one.” Our future depends on more leadership like that.

This blog was originally published in Entropy Inherited, a climate change newsletter run by POWHR’s Communications Director Denali Nalamalapu and Environmental Scientist Natalie Kiley-Bergen, in December 2021. It has since been edited with relevant updates.

One thought on “What’s the big deal about compressor stations?”