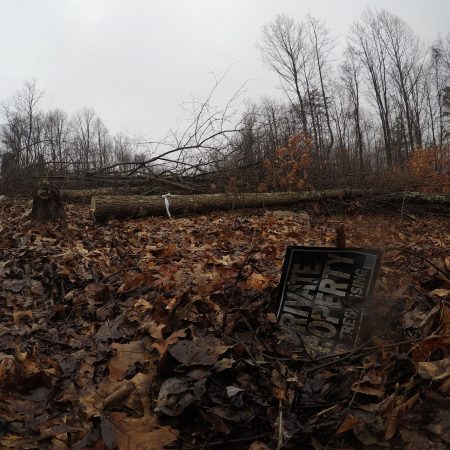 WASHINGTON, DC — Landowners in Virginia and West Virginia are optimistic as recent opinions from the United States Supreme Court (SCOTUS) signal a willingness to revive the federal non-delegation doctrine after an 84-year slumber — a positive development for Landowners who spent two years trying to revive the dormant doctrine as they fought the Federal Energy Regulatory Commission (FERC) and Mountain Valley Pipeline (MVP) in federal court for their right to private property.

Landowners — whose constitutional challenge was filed in the Western District of Virginia (WDVA) in July 2017 — challenged the Natural Gas Act (NGA) as unconstitutional under the very same non-delegation doctrine recently addressed by the Justices of the nation’s high Court. Landowners’ underlying substantive challenge argued that Congress delegated away too much “unchecked” eminent domain power to FERC and MVP, a private corporation.

The substance of Landowners’ constitutional challenge was never heard, however, because the District Court dismissed the case for lack of subject matter jurisdiction — a decision later affirmed by the Fourth Circuit. Although Landowners attempted to reverse the jurisdictional decision at the Supreme Court, their Petition for Certiorari was not granted and Landowners’ substantive arguments — including their central non-delegation challenge — were therefore never argued.

“There was never a decision on the merits in the Berkley case,” said Attorney Mia Yugo, one of the lawyers that represented Landowners in Berkley, et al. v. FERC, et al. “The District Court dismissed the case for lack of jurisdiction (a decision we respectfully appealed), meaning the Landowners’ substantive arguments on the overly broad delegation of eminent domain power to FERC were never heard on the merits.”

Now, in two recent opinions by Justice Gorsuch and Justice Alito, the conservative majority has telegraphed to the lower courts a newfound willingness to revive the dormant doctrine, which has not been applied since 1935. As reported by the Associated Press (AP) on June 21, 2019, the combined dissenting opinion of Justice Neil Gorsuch (who was joined by Chief Justice John Roberts and Justice Clarence Thomas) and the separate opinion by Justice Samuel Alito signal a real possibility that America could finally see a revival of the non-delegation doctrine by the five conservative Justices.

Whilst the five Justices have not yet revived the doctrine, the recent opinions suggest that change might be coming in the future.

Landowners are pleased to see this recent development in the legal landscape and feel vindicated in their position on the underlying merits of their own constitutional case.

AP News Link regarding the decision