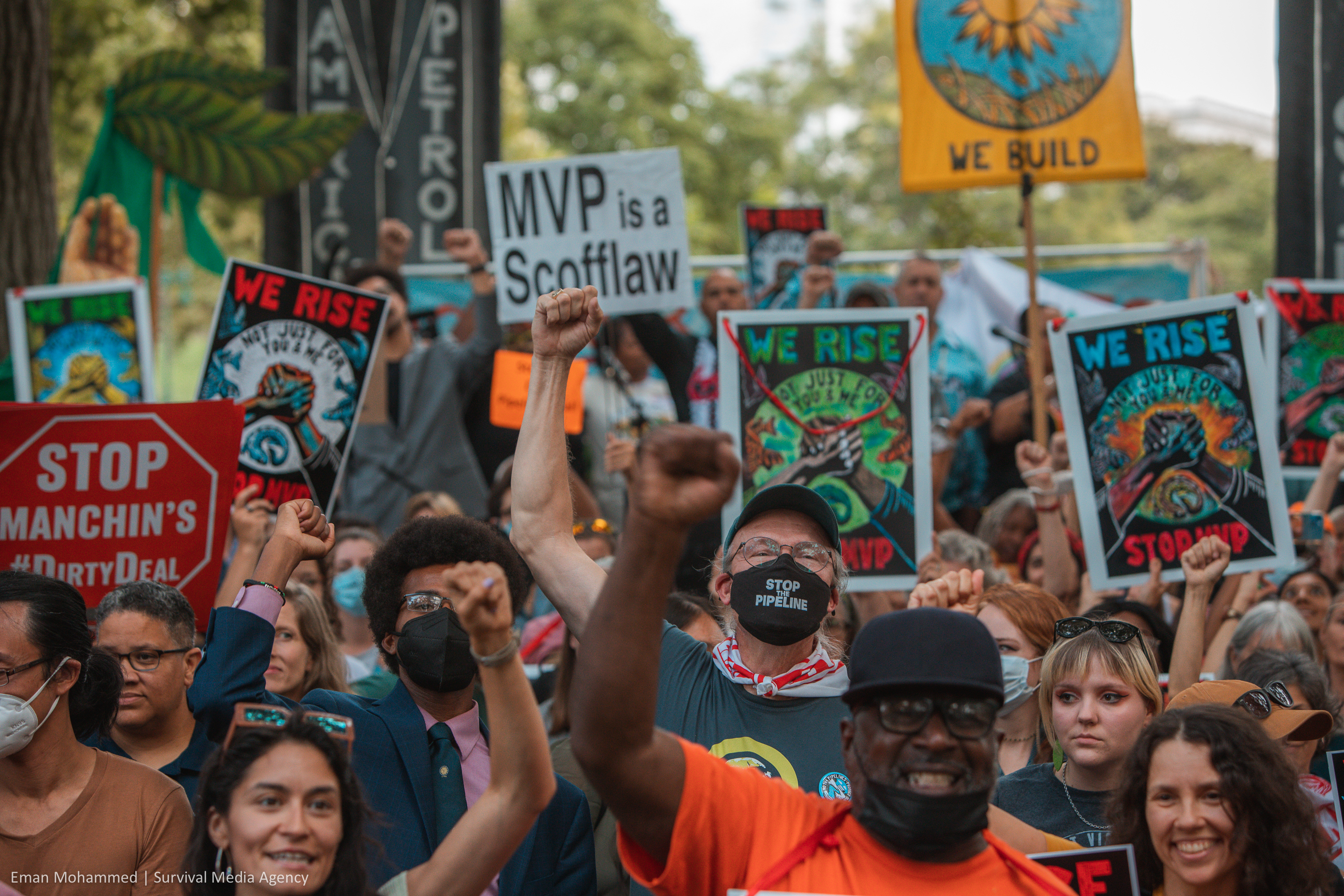 Washington, DC – At the request of Senator Joe Manchin, Senator Chuck Schumer removed Manchin’s “permitting reform” legislation from the Continuing Resolution that the Senate will vote on tonight, September 27th.

A new analysis by Oil Change International revealed that emissions from fossil fuel projects that would be helped by the Dirty Deal are 665 million metric tons of CO2-equivalent per year – more than five times the potential emissions savings from transmission lines waiting on the permits. Republican Senate leaders have signaled that they are willing to pass a different version of the bill in coming months.

“What we just witnessed is the power of frontline communities united against a threat to our people and planet. For the past eight weeks, we have exposed the danger of and rallied against Manchin’s Dirty Deal. With support from Congresspeople who spoke out against this Dirty Deal, we have stopped this dangerous bill for now. Let the downfall of this bill be a lesson to Senator Manchin, his fossil fuel cronies, and allied politicians: we will no longer be sacrificed for your corrupt interests. We are united against all fossil fuel projects and we will ensure the livable and just future that we deserve. Join us or step aside.”

“People power has won the day. Thank you to everyone who rallied together to stop this bill. We will keep fighting alongside you. Our letters, calls, rallies and grassroots activism secured this victory. We recognize that the fight is not over, and we stand with all frontline communities from the Gulf Coast to Alaska facing fossil-fueled injustices. Our movement to stop the Mountain Valley Pipeline is bigger and stronger than ever. We will keep fighting to end the era of fossil fuels and for the future we deserve.”