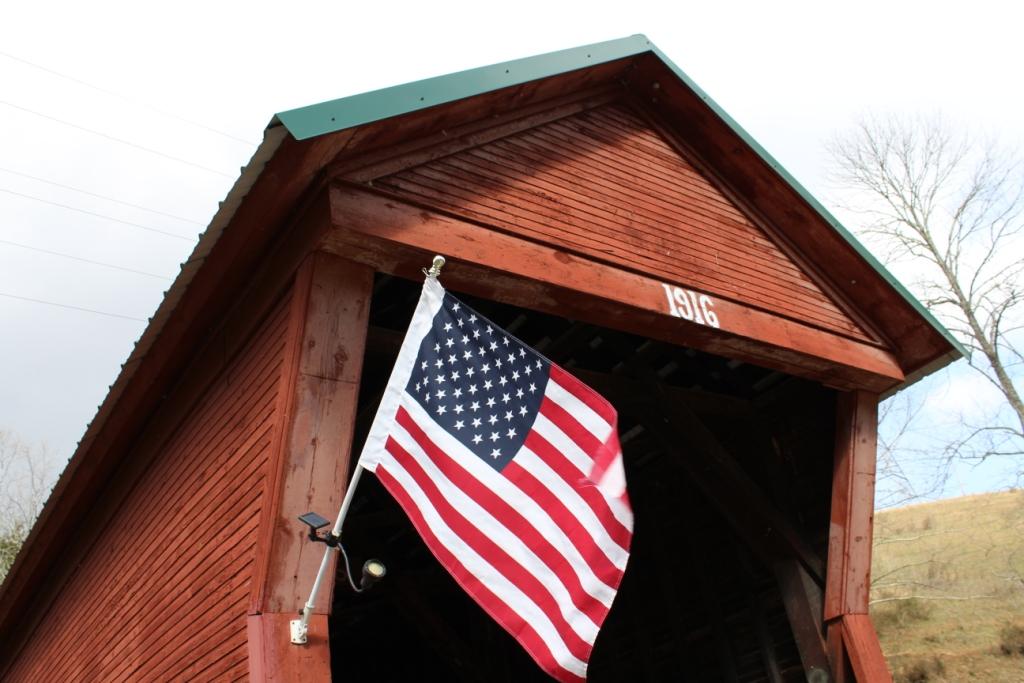 A few months ago as I was driving through Newport on Route 42 on my way to the Newport Park to walk my dog, I paused for a moment to take a closer look at the section of Route 42 where the Mountain Valley Pipeline is to cross.  The more I studied the location, the more I realized what an engineering nightmare this particular crossing would be and how much destruction it would cause.

The proposed crossing in Newport is a bad idea for several reasons.  Both sides of Route 42 have small streams.  As everyone who lives in Newport knows, the shoulders on both sides of the road are soggy year round.  For example, when people attend the Newport Agricultural Fair, they have to park along Route 42.  When they try to park in the area of the proposed crossing, they almost always get hung up because the ground is so soggy.  The terrain where the crossing is planned is also very steep and very rocky on both sides of the highway.  Imagine how precise the joints of the 42 inch pipe will have to be welded to provide a safe passage of the highly volatile liquid natural gas.  It is basically like a huge kink in a garden hose.  I suspect that the joints would be considered a weak and dangerous link.  Even on a dry crossing it would be an engineering marvel, but to be surrounded by streams and wetlands on both sides it seems like it would be impossible to cross and should not even be permitted.  Also, securing a place to anchor the equipment for the digging and placing of the pipe will be difficult, if not impossible.  Storage and welding of the pipe will be hazardous.  Loading and unloading the equipment will be difficult and handling or rerouting traffic will be a nightmare.  If a detour is necessary, as I suspect it will be, travelers would probably have to use Clover Hollow Road and Zells Mill Road, both of which are small, narrow, and curvy roads, costing time and money for all.  This crossing in Newport is also very close to the Newport Mount Olivet United Methodist Church, a historical structure that was built in 1850.  Any blasting could potentially destroy the stained glass windows or the building altogether.

The Newport Fire Department and the Newport Rescue Squad are both located to the north of this crossing and although they are very well trained, I doubt they have the necessary equipment to control an explosion and natural gas emergency.  The detour that may have to be in place during construction would also lengthen the response time for an emergency in Newport or south of the crossing.

We have already seen extensive damage from the construction done so far.  In the beginning we lived through the never ending sound of chain saws buzzing from sun up to sundown, for many days as pipeline workers cut down trees to clear the right of way for the pipeline, even on snowy days in the dead of winter.  Later we saw and heard the sound of helicopters buzzing to transport equipment and supplies, hydro seed grass, and spray chemicals. We also saw and have continued to see caravans of large trucks hauling three 42 inch pipes at a time to work sites, storage lots, and staging areas, tearing up our roads, eroding our soil, polluting our streams, and causing other harm.  And, during the past year we have all had to deal with the continued presence of the out-of-state pipeline workers and increased risk of exposure and the spread of COVID-19 in our communities.

When a pipeline route is first formulated it starts out as a drawing on a map, a line between two points, and often in an office far away from where it will be, with little thought given to how it will impact the communities along the way and the lives of the people who live there.  The reality is that through the highly questionable use of eminent domain, many homes are taken, natural resources are destroyed, and the lives of many are shattered.  The costs have been great and the economic gain that MVP once expected is now highly doubtful.

Mountain Valley Pipeline is now pursuing individual stream crossing permits.  The crossing in Newport may not even be on the list of crossings, but it should be.  The accompanying painting is my conception of what I imagine the work zone would look like during construction.  I hope that it will be a contribution to the larger effort to show the potential impact of the crossing and stop the construction of the pipeline.  I never believed the pipeline was justified to be designated “for the public good.” It clearly is not, and we remain vigilant in our collective effort to stop it.  Permission to share the image is gladly granted.