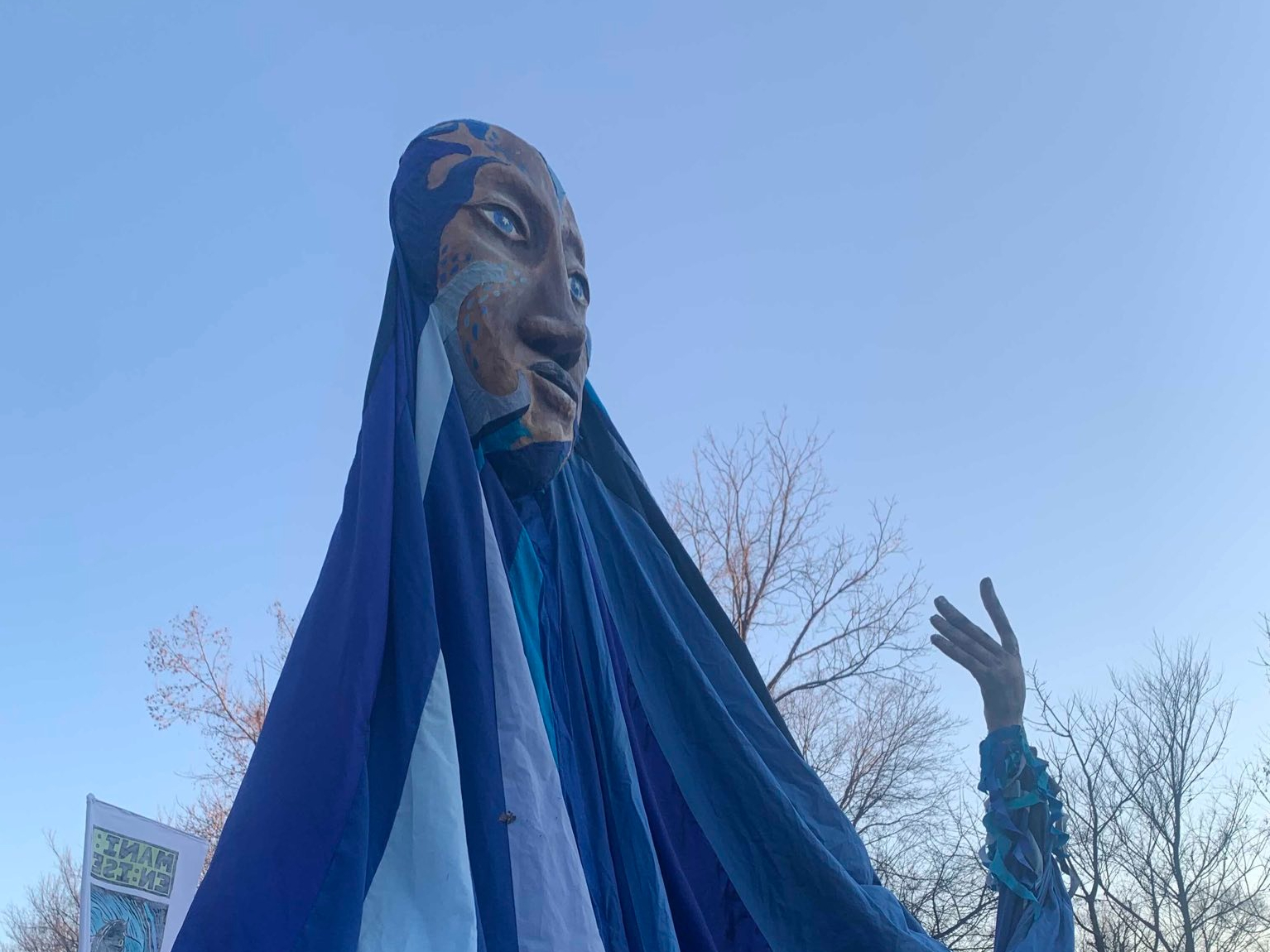 Alamance County, NC – The Mountain Valley Pipeline voluntarily dismissed all eminent domain proceedings in North Carolina. Indigenous and Black leaders whose communities would be impacted by the Southgate extension have fought tirelessly to protect their communities from the pipeline’s harm.

In response to the news, Dr. Crystal Cavalier Keck, co-founder of 7 Directions of Service, said:

“Whenever I get tired on the frontlines of this fight against the MVP Southgate extension, I think about my community members who’ve received threatening letters from MVP demanding they sign their land away. I think of the fear in their voices. Suddenly, I’m fired up again and inspired to do all that is in our power to block this greed-driven bully. Today we can exhale. We still have a long way to go, but the road gets shorter. This decision is more proof that the MVP is destined for defeat.”

“The 7 Directions family receives this news with warm and humble hearts. Our many relations are protected locally for another season. Here in NC we’ve had many more wins than our relatives threatened by MVP in Virginia and West Virginia. They’ve been swimming upstream against their own regulators and policymakers for nearly a decade. We have to continue to stand with them. Let’s keep proving how people and partnership power succeed, and may the seasons of tomorrow continue in transition to justice and preservation.”

The MVP’s Southgate extension has received multiple blows over recent years. In December of 2021, Virginia’s Air Pollution Control Board rejected an air pollution permit for the proposed Lambert Compressor Station—designed to propel gas into North Carolina via MVP’s proposed Southgate extension. In April of 2021, North Carolina’s Department of Environmental Quality denied MVP’s Southgate a 401 Water Quality Certification on the grounds that it does not meet water quality requirements and would cause unnecessary harm.

“The Mountain Valley Pipeline’s Southgate extension has long been one of the most egregious examples of the MVP’s environmental injustice violations. Thanks to the leadership of Indigenous and Black communities that it impacts, the extension has received blow after blow. This decision by MVP is yet another example of how expensive, arduous, and unnecessary this project is. The MVP should give up now and stop dragging our communities onto this near-decade long rollercoaster that is sure to end in cancellation.”