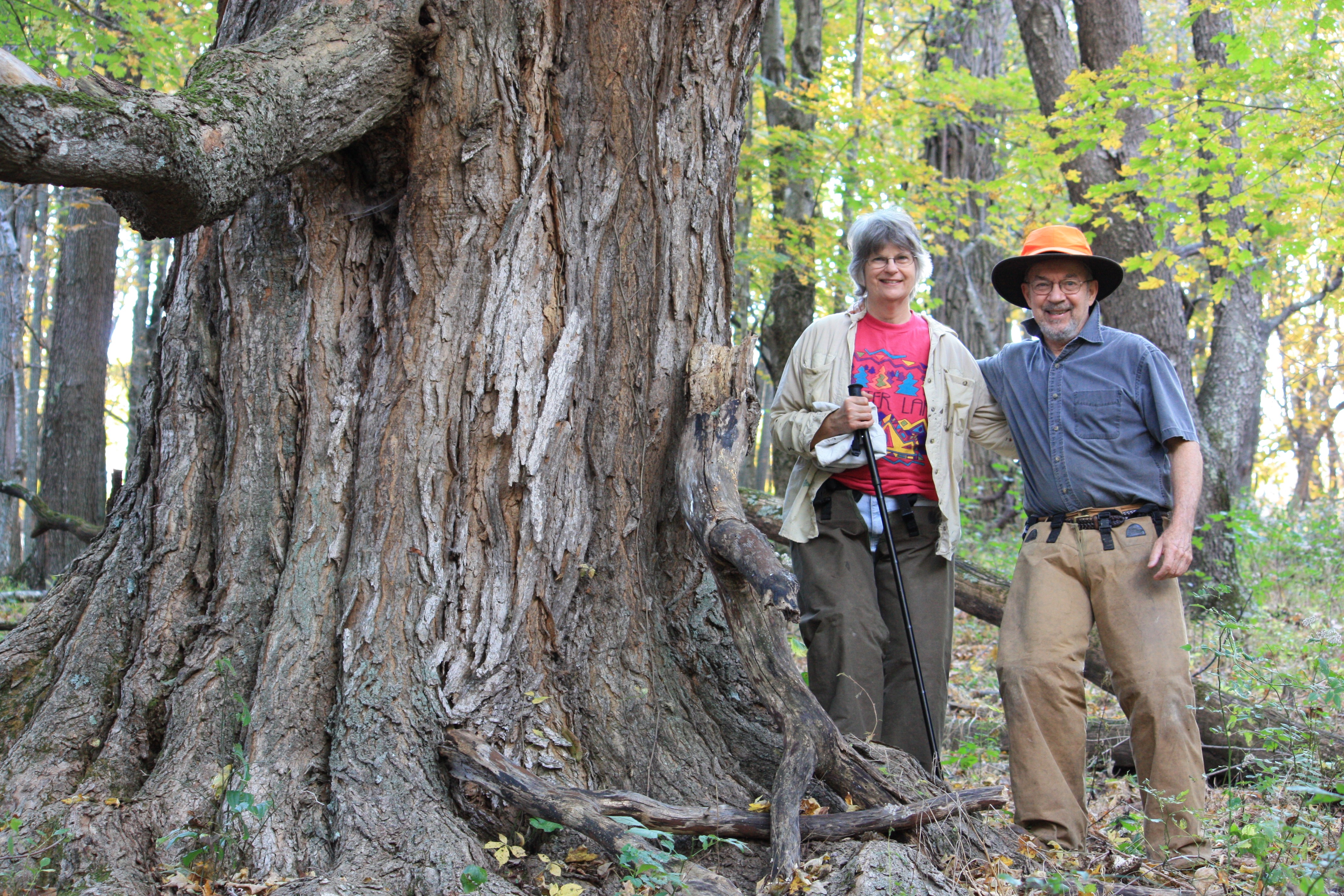 This guest blog was written by Bill and Lynn Limpert. Bill volunteers with POWHR.

There’s nothing like winning a pipeline fight after years of community advocacy. Defeating the Atlantic Coast Pipeline (ACP) was a win for our people and planet. Hundreds of thousands of people can rest easy knowing that their lives, homes, land, and water won’t be destroyed or severely damaged by that unnecessary pipeline. Nevertheless, a lot of irreparable harm can be inflicted during a fossil fuel pipeline fight. Just because a pipeline is eventually canceled, doesn’t stop it from bulldozing through precious land and water and exhausting community members to the bone as they fight for their lives.

In our case, after over four years of fighting every day, we lost our retirement home and property in beautiful Little Valley, Bath County, Virginia to the ACP. Bill worked much harder during those four years than he ever did in his career as an environmental regulator, or in obtaining his college degree. He worked for no compensation, every weekend, and every holiday. Lynn worked alongside Bill much of the time, and others in the community lit up the path forward. Some mornings, Bill got up at 4:00 AM to start his work because he could not sleep thinking about losing our property to the ACP.

Over the years, Bill became knowledgeable about pipeline issues, and got hooked on fighting against the injustices that pipelines bring to so many people. Bill is still working every day to assist others who are facing the same nightmare that we endured, including those facing the Mountain Valley Pipeline.

Even though we have worked very hard, our efforts pale in comparison to the many brave individuals who have put their bodies and their freedom on the line in nonviolent direct confrontation against pipeline construction. We are forever grateful for these heroes and all others who are standing up against these injustices.

Just before our retirement, we decided to look for property in rural western Virginia. After two years of searching, we found a truly magical area of rugged mountains, beautiful forests, and small towns, where people smiled and waved at you when you drove by.

We settled on a steep wooded plot of land in Little Valley in Bath County, VA because of the very large trees, clean air, quiet surroundings, and an elevated meadow with a view where we could build our retirement home. We both remember tearing up while sitting at the top of the meadow for the first time, as we looked out at the expansive view to the north. Later on, a local builder built a solid home for us. We could walk onto our front porch at night and see the North Star directly ahead, with the Big Dipper rotating around it as the night passed.

The original route of the ACP did not cross our property, but we fought it anyway. We knew right from wrong. We knew that it was wrong to take people’s land, cut down their trees, threaten their safety and their drinking water, and emit life-threatening greenhouse gasses, for a project that wasn’t needed in the first place.

The Federal Energy Regulatory Commission (FERC) disapproved of the original pipeline route because it threatened endangered species on Shenandoah Mountain. In December of 2015, FERC directed the ACP to come up with an alternate route. In response, the ACP submitted an alternate route which cut straight through the center of our property.

FERC approved that route, and in February 2016, we found ourselves directly in the crosshairs of the ACP. From then on, the intensity of our fight increased substantially. We became consumed by the desire to save our property, and everything else the ACP would destroy.

The route was entirely on what we called Miracle Ridge. We gave the ridge that name, prior to any knowledge of the ACP, because of the spiritual feeling that we got whenever we walked under the ancient trees. I’ll never forget the first time we looked upon this beautiful forest, which was unlike anything we had ever seen, despite a lifetime of hiking in national parks and forests.

The ACP endangered us and our land in numerous ways. Our land was extremely steep, meaning if the ACP exploded, we would have been trapped within the blast zone with no chance of escape or rescue, in part, because of the remoteness of the property. Recent large landslides on the land, and in Little Valley, significantly threatened the safety of the ACP. An explosion would have killed us.

Our well water, and the well and spring drinking water of our neighbors, would have been significantly threatened by ACP construction and operation, in part due to our karst terrain.

We finally sold the entire property believing that construction was inevitable, as we watched one regulatory agency after another approve the pipeline. We could not live next to the pipeline. We would be stuck with a scarred, dangerous, and toxic property that no one would want to live on if the pipeline was built.

Less than 100 days after we sold the property the ACP was canceled.

The decision to sell, our guilt in caving into the ACP, our gut wrenching four year fight, the loss of our retirement dream, and the memories of our beautiful home and property will haunt us for the rest of our lives.

We were lucky to receive a good price for our former property and home. I know that most other pipeline impacted property owners are not justly compensated. We were fortunate that we had a home in Maryland where we could retreat. Others fighting pipelines are not as “lucky”. They have nowhere else to go, and will be forced to live next to a pipeline, with all its negative impacts, and with little compensation for all they are forced to endure.

We left that beautiful place a little more than two years ago, just two days before Christmas, after filling a U-Haul truck with as many of our belongings. We left a little note in the kitchen spelled out in pennies… “FU ACP”. We were fortunate to have been able to experience that property for ten years, and to have spent six years in that home, even though we  were under pipeline attack for four of those years. It was an incredible magical place, surrounded by nature in all its glory.

The emotions we are still feeling today are best conveyed in a song by Bruce Cockburn, “When it’s Gone, It’s Gone”. Check it out, and please listen to something more upbeat as well. There is still plenty to be thankful for.