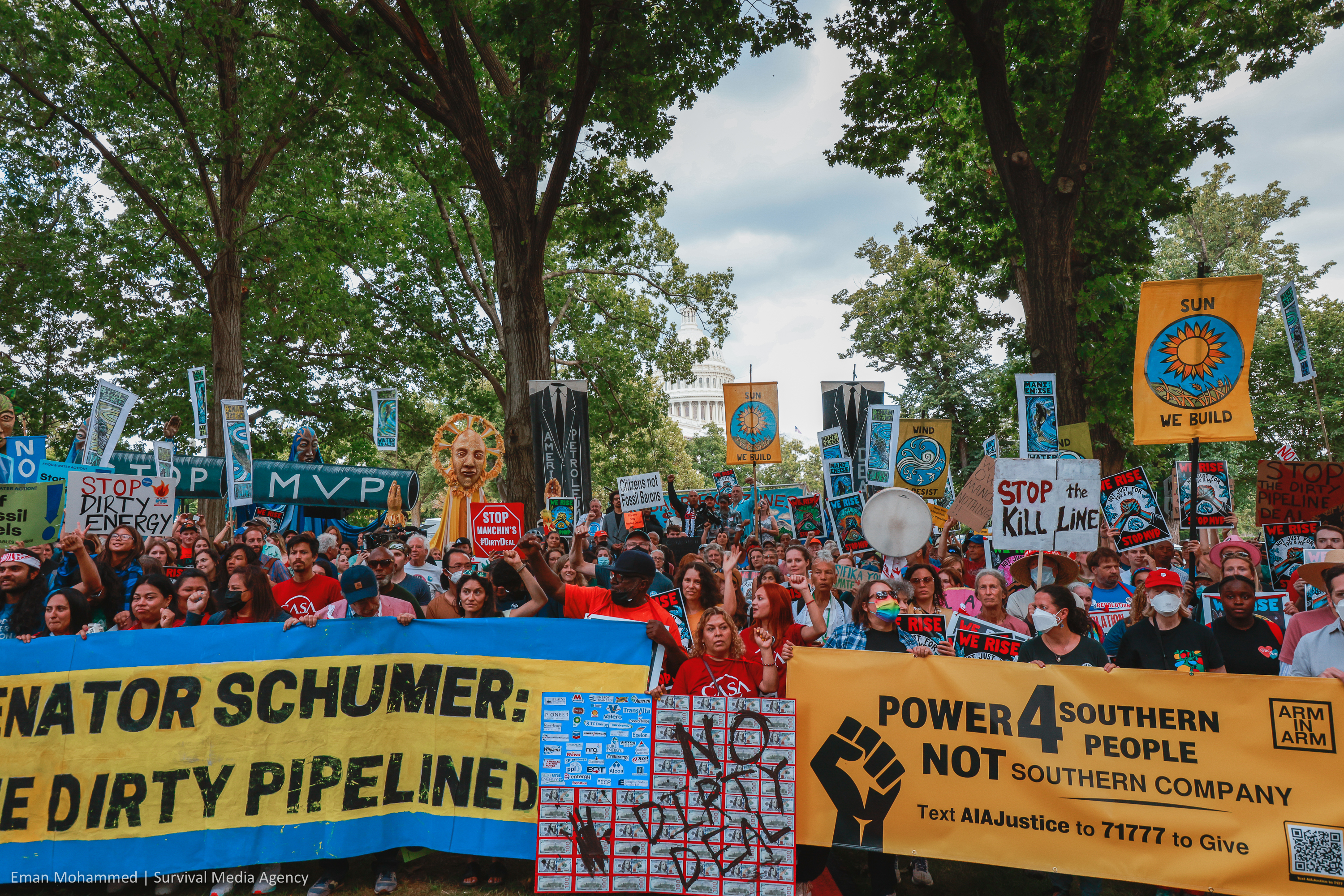 A wrap-up blog of the “Appalachian Resistance Comes to DC” lobby day and rally on September 8th, 2022, written by Denali Nalamalapu, the POWHR Coalition’s Communications Director. All photos are by Survival Media Agency.

Is it possible to describe the energy of a movement inflection point? Years of tireless fighting – including late nights, frustrated tears, delirious laughter, and lifelong friendships – crescendos. Last week, we witnessed such a moment when delegations of frontline organizers from across the country came together in Washington, D.C. to stand against environmental injustice, fossil fuel expansion, and marginalization.

To stand for love, justice, dignity, and life.

These leaders represent hundreds of thousands of people who for generations have been cast aside, silenced, discriminated against, and thrown in the line of fire: Indigenous water protectors, Black community leaders, working class organizers, and climate activists.

For centuries, *they* (politicians, colonizers, white supremacists, fossil fuel executives, and other oppressors) have tried to trick us into thinking that our fights are separate. They have tried to pit us against each other. They have tried to separate our targets so that we are fighting to be heard by different people. But on Thursday, September 8th, we once again showed them that we will not be separated. Our fights are united. Every day that passes, every day that we come together, every day that we support one another’s fights: we grow stronger. Together we roared:

Communities like ours are too often the targets of fossil fuel extraction and greed, at the cost of our precious mountains, health, and water. The fossil fuel industry has destroyed Appalachia’s ecology, economy, and wellbeing for decades. It’s no surprise that they’re threatening to further poison us by fast tracking MVP through Manchin’s dirty deal.

So what’s next for us? We’re going to keep demanding an end to Manchin and Schumer’s dirty pipeline deal, keep fighting to stop the MVP, and ramp up our support for other frontline communities and communities of color impacted by the climate crisis and environmental injustice.

Call Script: Hi, my name is ____, & I’m from ____. As your constituent I’m calling to demand that you do all you can to block Senator Manchin’s “permitting” proposal. Protecting our communities and climate is more important than giving another gift to the fossil fuel industry. Stand with the communities who rallied outside of the Capitol on Thursday and who are impacted by fossil fuels and the climate crisis! Thank you in advance for taking action to stop the dirty deal.