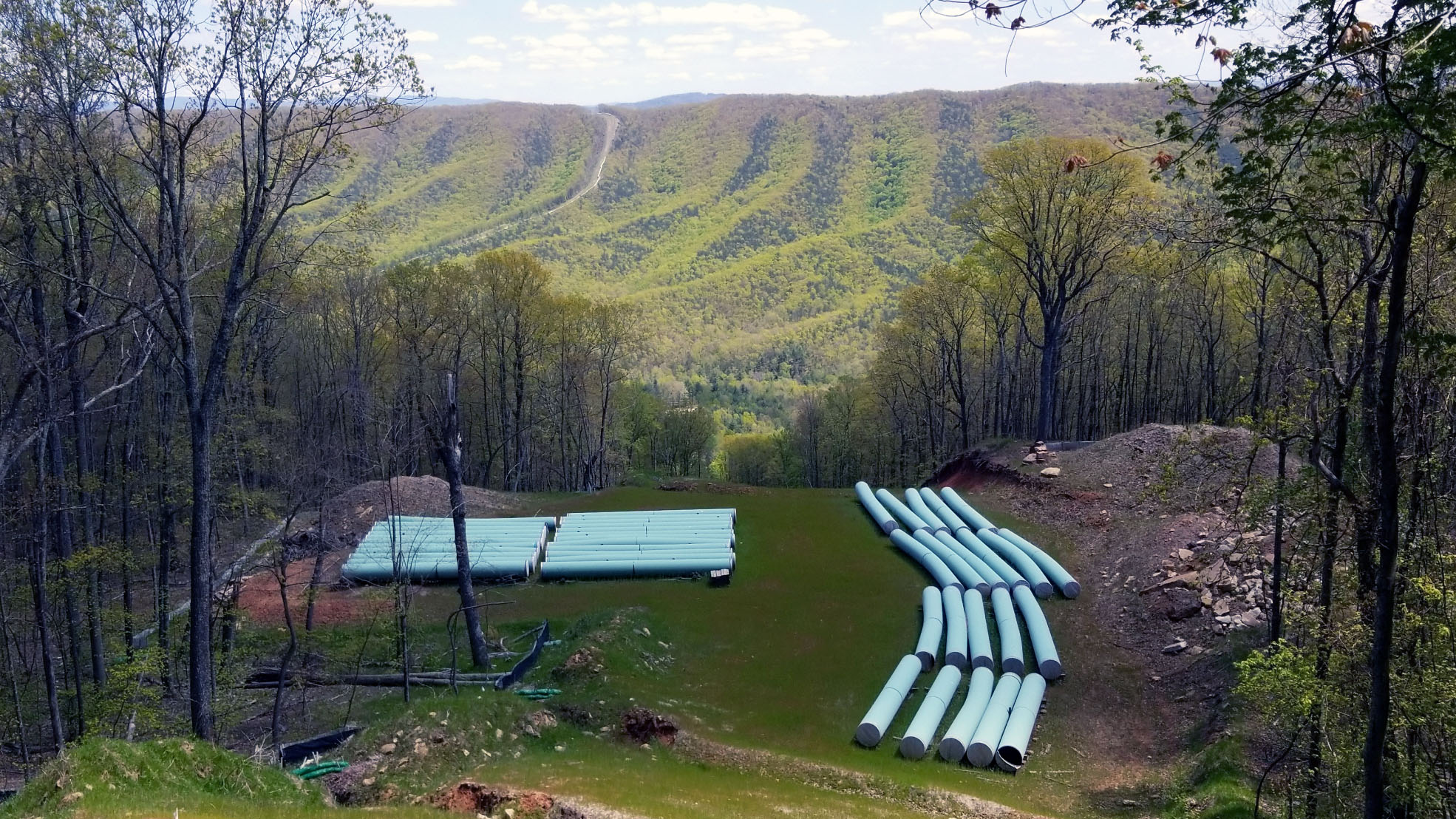 The press release quotes Thomas F. Karam, Chairman and Chief Executive Officer of Equitrans Midstream, one of the companies behind the Mountain Valley Pipeline, as well as three other fossil fuel executives described as representatives of “stakeholder groups” in Senator Toomey’s efforts.

“In the title of his bill, Senator Toomey confirms what we’ve been saying all along: these permitting reform efforts are entirely for the fossil fuel industry. That the individuals quoted in his press release are all fossil fuel executives and are referred to as ‘stakeholders’ only emphasizes the reality that this bill is for profit not people. Any Congressperson who backs this blatant attempt to line politician’s pockets and prop up a dying industry are failing their duties as elected representatives – and moral beings.” said Russell Chisholm, Mountain Valley Watch Coordinator and frontline MVP organizer.

The text of Senator Toomey’s Pipeline Permitting Bill is similar to the contents of Senator Manchin’s Energy Security and Independence Act. Both seek to weaken environmental and community protections, and fast-track the Mountain Valley Pipeline. Chisholm says these bills  have more in common:

“Both Toomey and Manchin’s bills are rife with misinformation about what fossil fuel expansion will do to our country. Toomey’s bill says it will allow for “low-cost, clean, and safe natural gas” from projects like the Mountain Valley Pipeline. This is false: fossil fuels are more expensive and more dangerous than renewables. Moreover, companies backing the Mountain Valley Pipeline are making plans to ship the fracked gas abroad since there is no local need for the gas. Toomey suggests that by greenlighting MVP this bill will help decrease global reliance on energy produced by Putin. This is false. The MVP will most certainly not help people in Ukraine, nor will it help anyone in our communities. Decreasing global reliance on Putin’s oil and gas can only be done if the world transitions to renewables. Fossil fuel expansion will further destroy our planet, animal species, and our health when we are already in the midst of a climate catastrophe.”

In the weeks during and following a global climate conference in Egypt where the United States signaled support to “phase down fossil fuels”, the US government has quietly approved a huge oil export project in Texas and a gas terminal in Louisiana, and is threatening to slash environmental protections and ease the way for the unnecessary, disastrous, and unfinished Mountain Valley Pipeline.

“The United States is talking out of both sides of its mouth in a fashion that is an abhorrent contradiction of this country’s values. I served this country in Desert Storm. I now serve this country in Appalachia through my work to protect land, water, and communities from the destructive Mountain Valley Pipeline. I am ashamed at the willful refusal of elected officials Toomey, Manchin, and Kelly, and all supporters of these fossil fuel permitting bills, to consider the lives of human beings,” said Chisholm.

A new analysis by Oil Change International revealed that emissions from fossil fuel projects that would be helped by Senator Manchin’s Energy Security and Independence Act add up to 665 million metric tons of CO2-equivalent per year – more than five times the potential emissions savings from transmission lines waiting on permits.

“Senator Toomey’s Pipeline Permitting and Energy Security Act is just another attempt by fossil fuel friendly legislators to weaken environmental rules so that fossil fuel corporations and investors can squeeze a few more dollars from a dying industry— while putting communities like mine across Appalachia and beyond, in the center of the sacrificial bullseye.

“Our elected leaders must do more than lip service to environmental justice. Congress and the Biden Administration must soundly reject this and any other proposal on the horizon that hastens the climate havoc and furthers the proliferation of climate changing pipelines,” said Maury Johnson, West Virginia Co-Chair, Protect Our Water Heritage Rights Coalition.