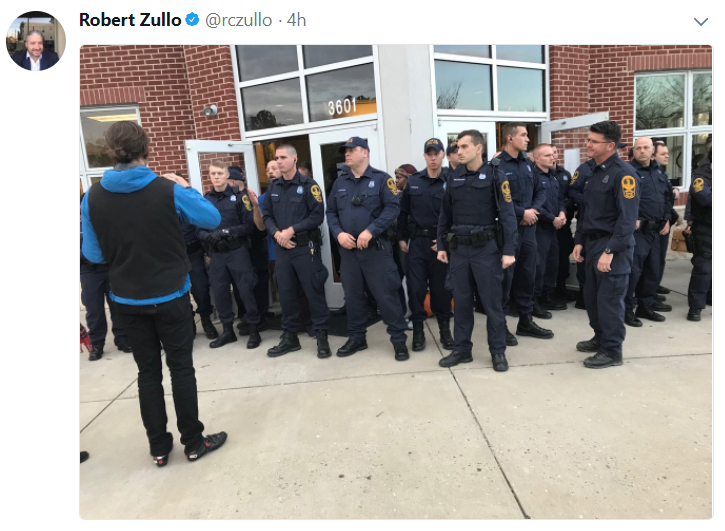 UPDATE: Wild Virginia gained access to the public comments submitted during the comment period via a Freedom of Information Act request, and has posted a link to a Google Drive folder with the comments on their website. Virginia Conservation Network reviewed the comments submitted to DEQ and created their own Summary of Comments for the State Water Control Board, which can be viewed here.

UPDATE: DEQ announced May 25 that the comment period will be extended as a result of the DEQ website being unavailable for multiple days. The new deadline for comments is June 15, as announced on June 3.

Read Wild Virginia’s Guide to Commenting,  as well as this guidance from the Virginia Chapter of the Sierra Club. You can read the Army Corps of Engineers Nationwide 12 Permit here.

UPDATE: In response to concerns about the format of information provided by DEQ on identifying stream crossings, the agency made the following modification to instructions for the comment period:

In response to concerns about identifying specific stream crossings or wetlands, be advised that the NWP 12 notice requests, but does not require, the use of the established identifiers at the links provided on our website. DEQ hopes commenters will use these identifiers, but if that is not possible, commenters may submit comments on specific stream crossings or wetlands using information, such as latitude and longitude or road mile markers, that is detailed enough to allow DEQ to identify the crossing or wetland of interest. see www.deq.virginia.gov/PipelineUpdates

ORIGINAL POST: DEQ announced April 27 the opening of a comment period regarding the adequacy of the Army Corps of Engineers Nationwide 12 Permit in protecting Virginia’s waters during the construction and operation of the Mountain Valley and Atlantic Coast Pipelines. This decision comes as a result of a 5-1 vote by the Virginia State Water Control Board on April 12 to open said comment period.

In early December 2017, dozens of concerned residents, experts, and advocates went in front of the State Water Control Board to express their concerns that the Mountain Valley Pipeline will be the destruction of pristine water resources in Southwest Virginia. Following a rushed and confusing vote to approve the 401 permit for construction in upland areas, those commenters and onlookers were forced out by state and local police forces.

DEQ published the following instructions for the comment period:

The sole purpose of the written public comment period is for interested persons to submit technical comments and/or information for the MVP and ACP projects relevant to:

1) the sufficiency of the Corps NWP 12 permit’s general and regional conditions, as they relate to specific, wetland or stream crossing(s);

2) the sufficiency of the Corps NWP 12 permit authorization for each project, as related to specific, wetland or stream crossing(s); and/or

3) the sufficiency of the Commonwealth’s § 401 water quality certification of NWP 12, as related to specific, wetland or stream crossing(s).

1.  All written comments submitted must include the name(s), mailing address(es) and telephone number(s) of the person(s) commenting.

2.  All written comments submitted must be to a specific wetland or stream crossing. Comments should reference exact wetlands and streams crossings by the identifiers found at the following address: http://www.deq.virginia.gov/PipelineUpdates.aspx.

3.  Written comments may be submitted via hand-delivery to DEQ, 1111 East Main Street, Richmond, VA 23219; via postal mail to DEQ, P.O. Box 1105, Richmond, VA 23218; or via e-mail at the following email address(es) ONLY – emails and attachments sent to other email addresses or internet sites will not be considered:

4.  After the comment period closes, DEQ will evaluate the comments and will submit to the board a summary of the relevant comments received; will concurrently provide the summary to the public by posting it on DEQ’s http://www.deq.virginia.gov/PipelineUpdates.aspx; and will make the full text of the comments available to the board.

5.  The board may consider, but is not required to consider, further actions that are consistent with its regulatory authority, without additional public comment on whether further action is warranted.

6.  For assistance with the instructions in this notice or issues with the DEQ web page(s), please contact: Office of Public Information at deqpublicinfo@deq.virginia.gov or 804-698-4000

The comment period is open to the public April 30 to May 30.