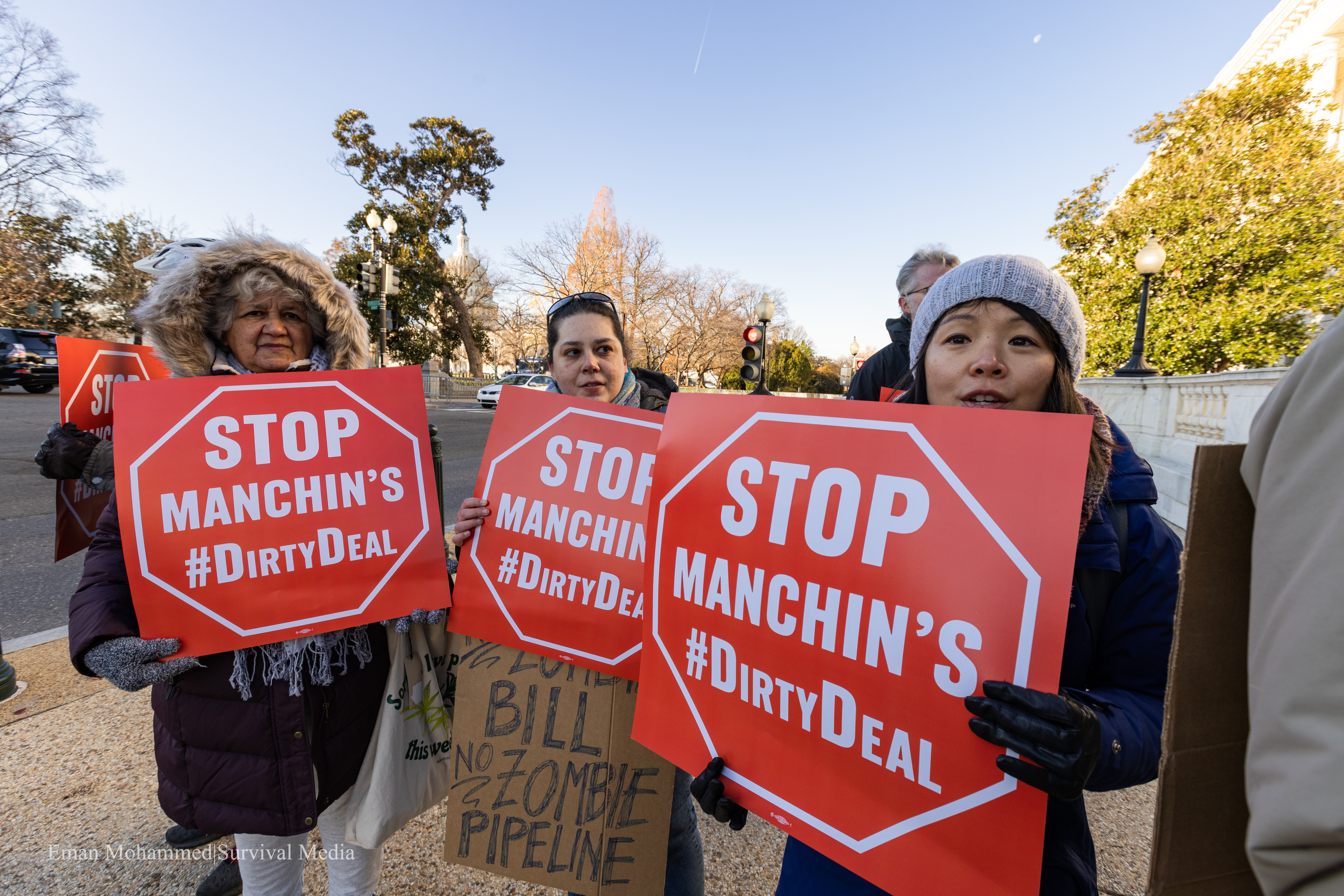 Washington, DC – The Senate voted to not include Manchin’s “permitting reform” bill in the National Defense Authorization Act, hours after President Biden voiced his support for the bill.

“Once again, we can exhale knowing our grassroots power has kept the Dirty Deal out of another must-pass vehicle. We are disturbed by the number of representatives, and the President, who claim to be for the people and for the planet, and yet continue to push for this destructive Fossil Fuel legislation. Rest assured, our cross-cultural, cross-class, and cross-political coalition of frontline communities and our allies will continue to stand up to defend and protect the most vulnerable among us, and our Great Grandmother Earth.”

“Every time we defeat Manchin’s Dirty Deal, it gets weaker. This isn’t the end of the fight because Manchin will continue to endanger our lives for his profit by trying to pass fossil fueled legislation. We will continue to fight this Dirty Deal until it is defeated because our future is at stake. President Biden, Representative Pelosi, Senator Schumer, and all other Congresspeople who backed Manchin: wake up and back frontline communities as we continue to fight this bad bill.”

In response, Maury Johnson, POWHR Co-Chair and a landowner impacted by the Mountain Valley Pipeline, said:

“Today frontline communities in Appalachia and across the nation scored another victory against Manchin’s ‘Dirty Deal’ permitting bill.  It is shameful that so many so-called climate champions and Senators who profess to stand with the citizens voted to throw their constituents and the environment under the bus.  Those of us on the frontlines of this fight will never retreat. Our communities and our futures demand that we continue to prevail in this fight.”